Juventus and Portugal superstar, Cristiano Ronaldo dos Santos Aveiro, was honoured for a sixth time and for a fourth-consecutive year as he picked up the Best Men’s Player of the Year gong at a glittering 11th edition of the Dubai Globe Soccer Awards at Madinat Jumeirah in Dubai.

The award was in acknowledgement of the Portugal International’s stunning efforts in helping Juventus to the Serie A crown in his debut campaign and leading his country to Nations League glory. 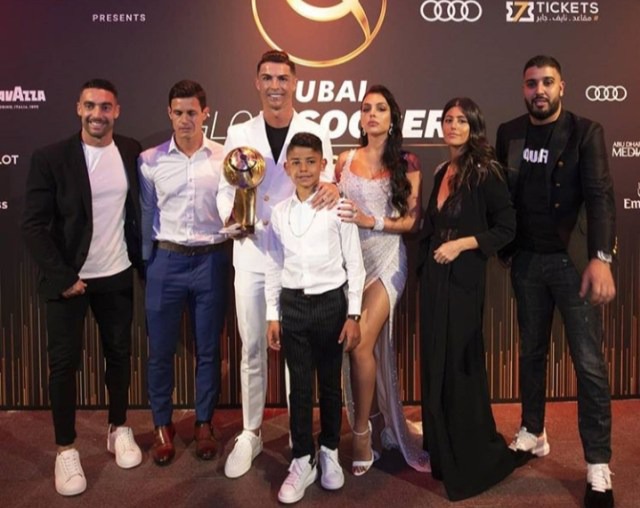 The 34-year old picked up the award after fighting off stiff competition from Barcelona’s Lionel Messi, who recently won the FIFA Ballon d’Or for a record sixth time, taking him one more than Ronaldo’s five. Liverpool’s striker Mohamed Salah and defender Virgil van Dijk. 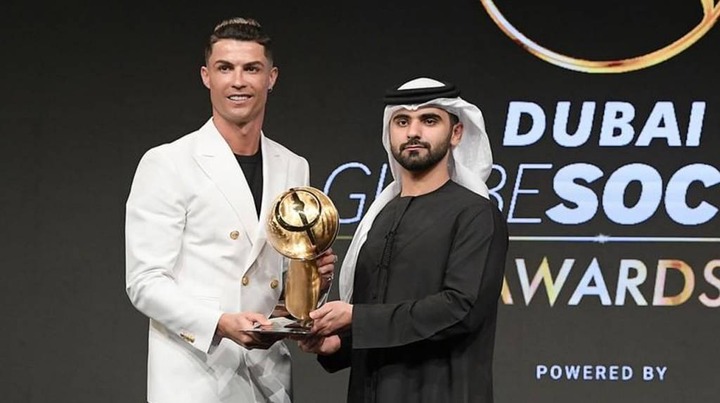 “I have to thank my family, my girlfriend, my boy who is here, my three kids waiting for me in the hotel, my family who watched me in Portugal,” he said after receiving the award.

“Also my team-mates at Juventus and the national team, my agent and all the people here tonight supporting this gala of Globe Soccer. Thank you to the Arabic community that is always great with me. Dubai is a marvellous place to be, I’m coming every year.” 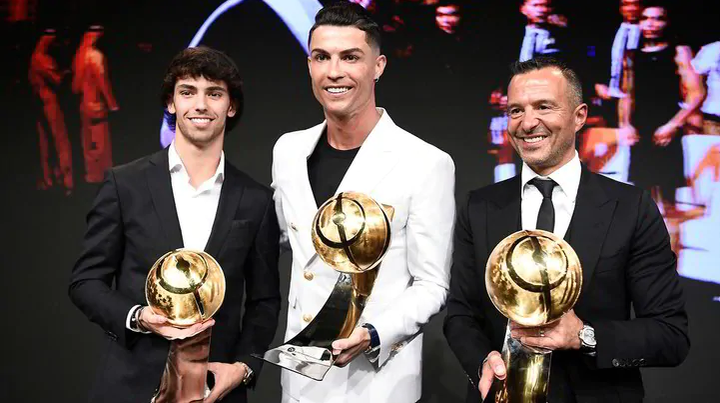 “I love this place. Finally, thanks to people who voted for me. It is a great honour to receive this amazing award. I hope to be here again, of course.” concluded the Portuguese who owns five more Best Men’s Player of the Year gongs than Barcelona and Argentina rival Lionel Messi.

There was also a first-ever Best Women’s Player of the Year trophy in Dubai for England and Lyon right-back Lucy Bronze. Champions League holders and Premier League leaders Liverpool came away with three prizes; Best Coach of the Year – Jurgen Klopp; Best Club of the Year; Best Goalkeeper of the Year (for a second-successive edition) – Alisson. 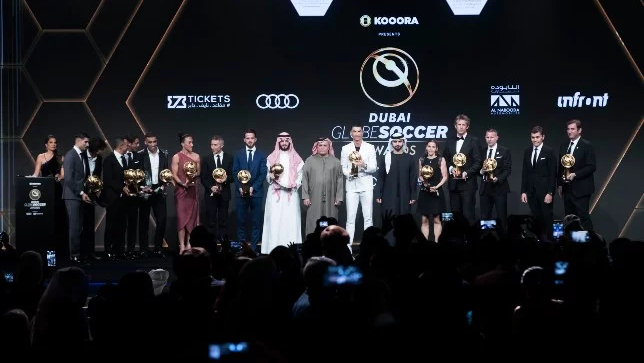 Considered as part of the ‘Grand Slam’ of football award ceremonies alongside the Ballon d’Or and The Best FIFA Football Awards, the star-studded event was organised in partnership with Dubai Sports Council (DSC) and held alongside DSC`s Dubai International Sports Conference.

The annual Dubai Globe Soccer Awards were established in 2010 with the aim of recognising not just the best players and coaches, but also the people who work behind the scenes who had not previously been acknowledged. The great success of the event over the years has seen further categories added to the awards list, and the event now honours all the best in football.